Flights from Mainland China topped overseas passenger arrivals at Phuket International Airport with 40% market share as of Q12018, followed by Russia (18%) and Germany (3%).

There are 33 cities in Mainland China with direct flights to Phuket, with more than 10 new routes commencing within 2018.

Expansion of Phuket International Airport is ongoing, with upgrades to the domestic departure are as expected to be completed by Q3 2018.

“Second airport in Greater Phuket to be developed by AoT."

"Light Rail Transit (LRT) network, also known as a tram network, to be carried out by the Mass Rapid Transit Authority of Thailand (MRTA) this year."

Four notable retail complexes and three tourism attractions are under development on the island, with four expected to be completed by the end of this year.

There are 36 hotels in the island’s pipeline with branded hotels continuing to dominate the market, representing 75% of the new supply. 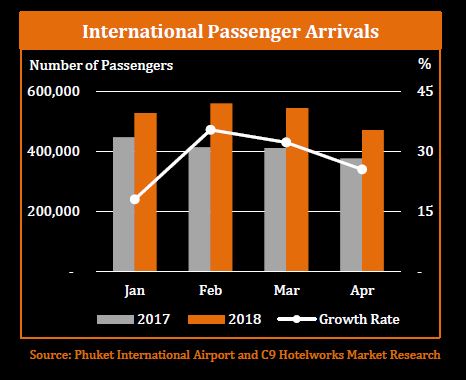 Phuket International Airport hosted a total of 3.5 million passengers during the first four months of the year, representing nearly 19% growth compared to the same period in 2017. While the domestic volume edged up 8%, the significant increase was led by international arrivals which grew by 28% to 2.1 million, accounting for 59% of the overall passengers.The substantial uptick was mainly international flights, which represented a 27% year-on-year growth.

Two factors that attributed to the growing number of flights include the ongoing popularity of low-cost carriers and strong demand from Mainland China and Russia. Demonstrating this trend is that as of May 2018, there were approximately 23 new routes to Phuket, of which 19 routes were direct flights from Mainland China. Viewing the upgrading and expansion of Phuket International Airport, clearly the initiative has helped spur broad growth.

The announcement of a new, second Greater Phuket Airport just over the Sarasin Bridge in Khoh Kloi Phang Nga will add greater sustained airlift capacity. To be developed by AoT (Airports of Thailand), the THB 60 billion project is expected to commence construction in 2019 and open by 2025. 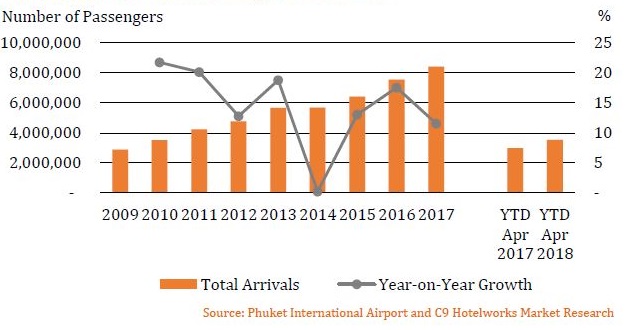 A total of 8.4 million passenger sarrived at Phuket International Airport last year, which is a 12% increase compared to the previous year. For 2018, 9.7 million arrivals have been forecasted. 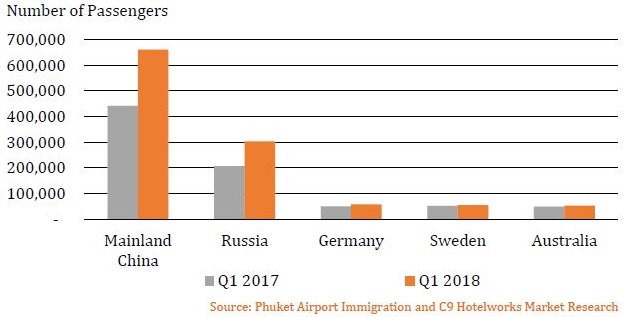 Both Mainland China and Russia demonstrated strong growth by 50% and 47%, respectively

Upper mid-scale hotels had the highest demand growth by 10%, while midscale and economy tiers increased supply by 5.2%

Presently, Phuket has a total of 1,744 tourist accommodation establishments with 84,427 keys as of Q1 2018, which includes both registered and unregistered properties. There are 1,369 keys expected to come on-stream by the end of 2018. A total of 8,281 keys are in hotel pipeline with 27 properties affiliated with international hotel brands. In addition, 10 upcoming properties will have a hotel residences component, which accounts for 28% of total incoming supply.

Beach locations continue to be main focus (86%), while 67% of the projects are located on the island’s west coast

A defined shiftin geographic source markets over the past ten years has experienced rising demand for non-beach centric activities. With the strong purchasing power of tourists, especially Chinese, Russians and Australians, more retail and tourism attractions are developing on the island. Together with the undergoing establishment of public infrastructure, Phuket is gradually transforming to a more urbanized holiday destination rather than a pure beach getaway. 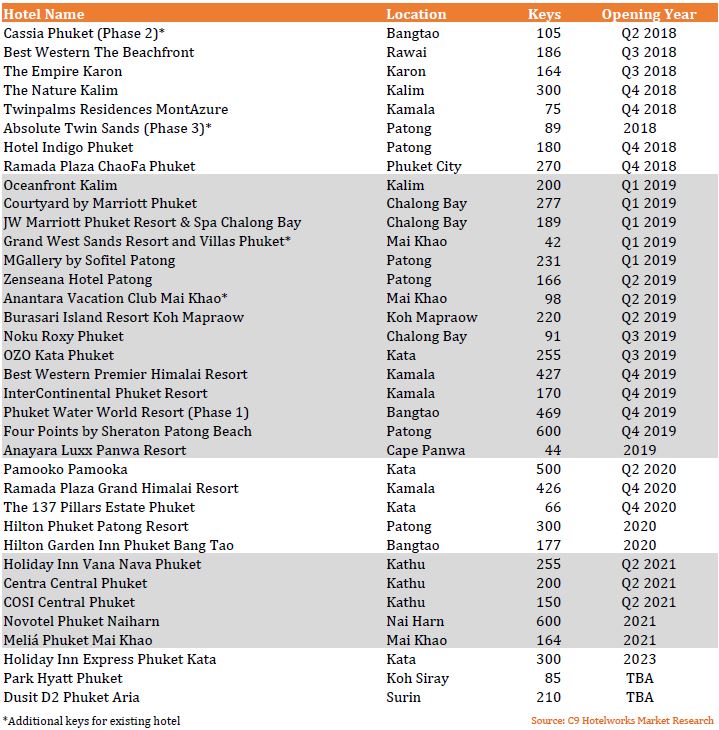 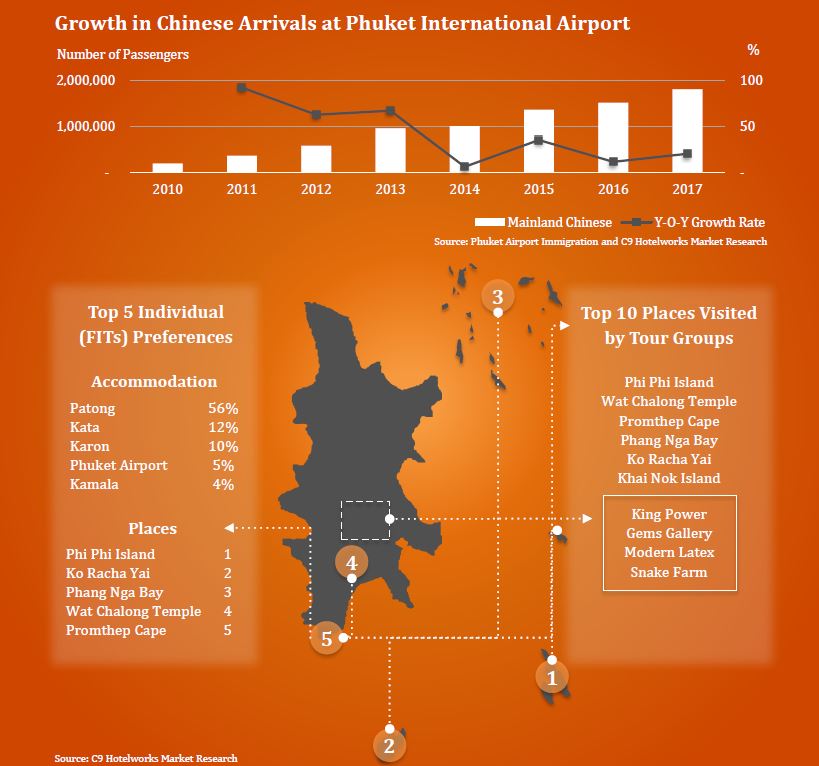 The information contained herein has been obtained from sources deemed reliable. While any reasonable effort has been made to insure its accuracy, we cannot guarantee it. No responsibility is assumed for any inaccuracies.
Readers are encouraged to consult their professional advisors to acting on any of the materials contained herein.