Bangkok land prices in Central Business District (CBD) have increased by 1,000% over 30 years and continue to rise. 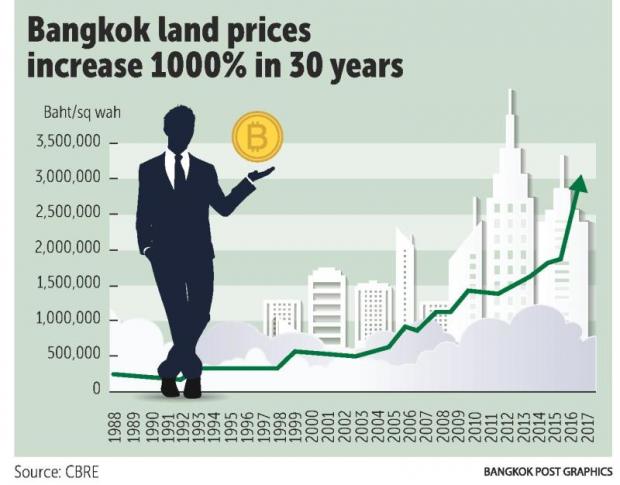 Bangkok land prices rose dramatically during the Asian Tiger boom years from 1988-1996 before the market came to a grinding halt in the 1997 financial crisis.

Price growth resumed in the early 2000s and there has been a rapid escalation of prices over the past two years for prime CBD sites.

Two landmark transactions in the late 1980s were the acquisition of an eight-rai site on Sathon by the original developer of the abandoned Empire Tower for around 125,000 baht per square wah and the acquisition of a 21-rai site on Wireless Road, which was then the Standard Chartered Bank manager’s house, by the M Thai Group for around 250,000 baht per sq wah. The plot was developed to be All Seasons Place.

The latest sale on Sathon was the 8-rai Australian Embassy plot for 1.45 million baht per sq wah in 2017. 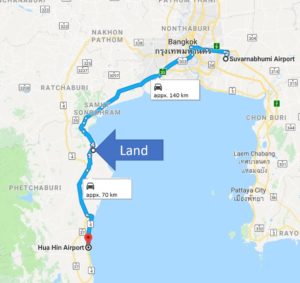 The largest Bangkok land sale in terms of value was the sale of the 23-rai British Embassy site in 2018 to the Central Group/Hongkong Land joint venture.

CBRE says the increase in land prices has not been uniform and there has been a huge change in the development patterns in Bangkok.

Historically, the commercial city center was on Charoen Krung Road and the government buildings were on Rattanakosin Island.

In the 1950s and 1960s, the commercial center moved to Silom and Surawong roads.

Bangkok grew in the 1970s and 1980s, but did not have a clearly defined city center and development spread as new roads were built, but this has changed.

The two big changes have been the opening and extension of the mass transit system with the first skytrain line (BTS) in 1999 and the first MRT line in 2004. 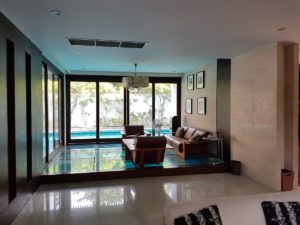 Unique House in the Midst of Asoke

The popularity of Bangkok’s mass transit routes with over 1.2 million users a day has increased land values next to stations, but not every line or station is equally attractive. Land values have been partially determined by the popularity of a line and a station.

“The other big determinant of land prices has been urban planning and building regulations, particularly those governing how much space can be built. Obviously if less space can be built on a site then the land is worth less,” said Kulwadee Sawangsri, executive director of capital markets for investment and land at CBRE Thailand.

Planning and building regulations have become increasingly stricter and more sophisticated and have become a key factor in determining land price.

In the 1980s and 1990s, Bangkok spread further outward, but in the 2000s, Bangkok has become more inward looking with the adoption of high-rise condominium living and the growth of modern office space. The city centre is becoming more clearly defined and the next round of development will be built on many of the remaining under-utilised sites such as the 105-rai Suan Lum site of the One Bangkok development on the corner of Rama IV and Wireless roads. 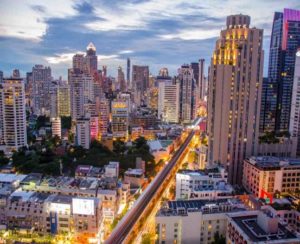 Off-the-market hotels for sale in Bangkok

CBRE expects central Bangkok will continue to be the most preferred location for the best hotels, offices, retail centers, residences and other types of buildings. Bangkok will have a clearly defined city centre with extended development along the mass transit line routes concentrated in clusters around the stations.

The rate of increase of land prices will depend on the level of development activity and the returns that can be generated from development. This will vary depending on what can be built and how much customers can afford to pay either to buy or rent in the completed developments.

As the number of freehold potential development sites in Central Bangkok declines, CBRE expects that Bangkok land prices will continue to rise.

In some cases, land prices will be higher than the value of the existing building on the plot and we will see more older buildings being demolished and sites being redeveloped.

The demolition of Kian Gwan Tower I on Wireless Road and Vanissa Building on Chidlom Road are good examples. There are also plans to demolish the Dusit Thani Hotel and redevelop the site. So far, it has only been single ownership buildings that have been demolished.